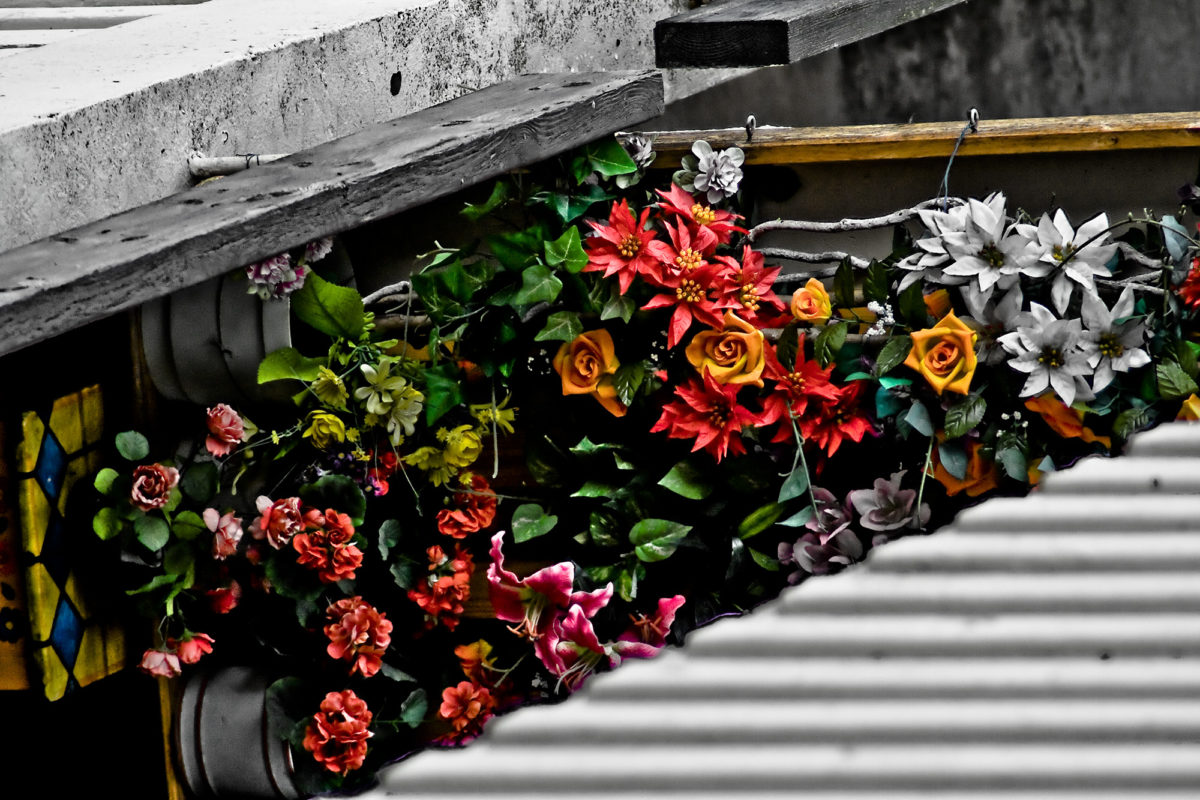 Six kilometers east of Oslo's centre, crowning the hills between Groruddalen and Østmarka, rests Tveita Borettslag, one of the largest structures located in the Alna valley. It is a complex of 819 flats divided into three 13-storey tower blocks planned alongside with a shopping centre, schools, entertainment facilities, and linked to the subway system. Over the years, the buildings have become an icon of Norwegian suburbia, as much as a visual flag of east Oslo, and a clear example of 'brutalism' in architecture.

If they ever existed, the hanging gardens were located in Babylon about 600 BC. The same place where after the great flood, man emigrated from the East, settled and started building the greatest tower. While on their way to heaven, languages got confused and having failed in their attempt, man scattered throughout the earth. For mankind, having well-intended and common goals will not be enough, when incapable of agreeing on the words to be used first. The pursuit of the highest level; as in the case of modernism or the garden city, is doomed to become a failed utopia by the tower's legacy.

Babylon was condemned, but its tower became a praise to the unfinished, a monument to the impossibility of the total achievement. There are 819 apartments in Tveita Borettslag created under the premises of social democracy, where all of them have access to a balcony. All of them regulated under a common set of rules where colours can't be changed, clothes can't be hung, birds can't be fed. Although from the distance all the balconies might look identical, not two of them are alike.

Christian Bermudez (b. 1976, Costa Rica) lives and works out of Oslo. Over the last five years he has taken part in exhibitions in Sweden, Holland, Germany, the UK, Italy, Spain, France, Australia, Canada, Mexico, Cuba, Argentina, as well as in Costa Rica and Norway. On that list we find the Biennale of Electronic Art in Perth, El Museo Nacional Centro de Arte Reina Sofía in Madrid, Die Internationale Kurzfilmtage in Oberhausen and el Chroma Festival de Arte Audiovisual in Guadalajara. The three part project Emerging Horizons represents his first venture into the world of solo exhibitions. Hanging Gardens is the second chapter of Emerging Horizons (2004-2010) a greater art project about change and landscape.

Emerging Horizons started with Polkagrishuset (2006). Bermudez transformed his house into a giant "polkagris" by painting his house in striped colours of fuchsia and white, to create a debate and a possible response among his neighbours. Polkagrishuset was documented in a short film premiered at Høstutstillingen 2006 and later earned the Main Prize at the 5th Ibero-American Digital Art Biennale in 2007.