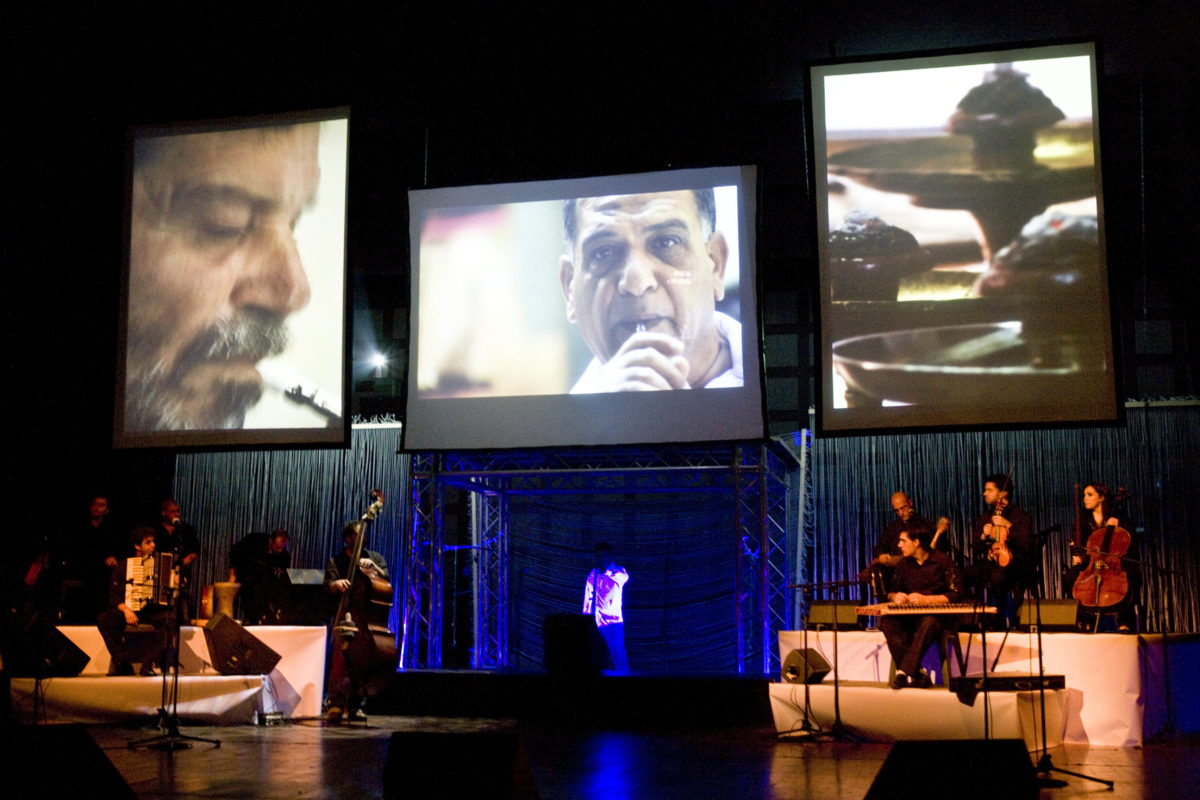 Heaven's Gate forms part of the project Viewing Palestine 2011. It is an Operette inspired from the city of Jerusalem, a musical and dance production that is built on two levels, the first being contemporary music that reflects the living moods of Jerusalem, its tempo and on the second level it inserts passages that link between the elements of the production and provide living examples of music of Jerusalemite, its folk songs as well as religious chanting of all sorts. It represents music of the people of Jerusalem, of its different communities with different ethnic backgrounds and religions but live and share Jerusalem.

The Operette is a portrait of Jerusalem and expresses its historical and religious components, it music, its audio spaces, its culture its art. The production reflect present Jerusalem, its past and its civilization. It highlights the unique capacity of Jerusalem to contain contradiction and at the same time live with it. It expresses living under Israeli Occupation. The Operette includes a contemporary choir that relates the story of Jerusalem through singing, in addition to portraits and visuals that capture the nature of Jerusalem. The production is composed of 15 artists, musicians, singers and chanters and is a summarized version of its original 35 team-member production.

Ibtihalat (prayers) is a part of Heaven's Gate. The production gathers a group of unique reciters and chanters from the city of Jerusalem that present a number of prophetic songs and praises of Islamic type and context and blended into middle eastern tunes that reflect the culture and civilization of the area. Ibtihalat – prayers reflects passion and joy as the Profit Muhamad is being praised. This production focuses on the taste and scents of the Sacred city, the Aqsa Mosque, its squares, the neighborhoods of old city of Jerusalem through the different accents, pronunciations and composition of musical sentences.

Prophetic Praises continuously highlight the human nature, the forgiving inclination of religion and is one of the most indigenous form of arts that is spread around the Muslim world. In this production, Prophetic Praises and Chanting has been forwarded to generations from generations and while keeping the styles of the forefathers, it discovers new potentials and energies within the human nature and spread joy amongst audience.