It was the ﬁrst time for me, being in an ambulance, moving so fast.That ﬁrst day I wasn’t aware of what was happening. I was scared.I was nervous. I couldn’t focus. I could only press the RECORD but-ton on the camera. The camera was my friend throughout the war." 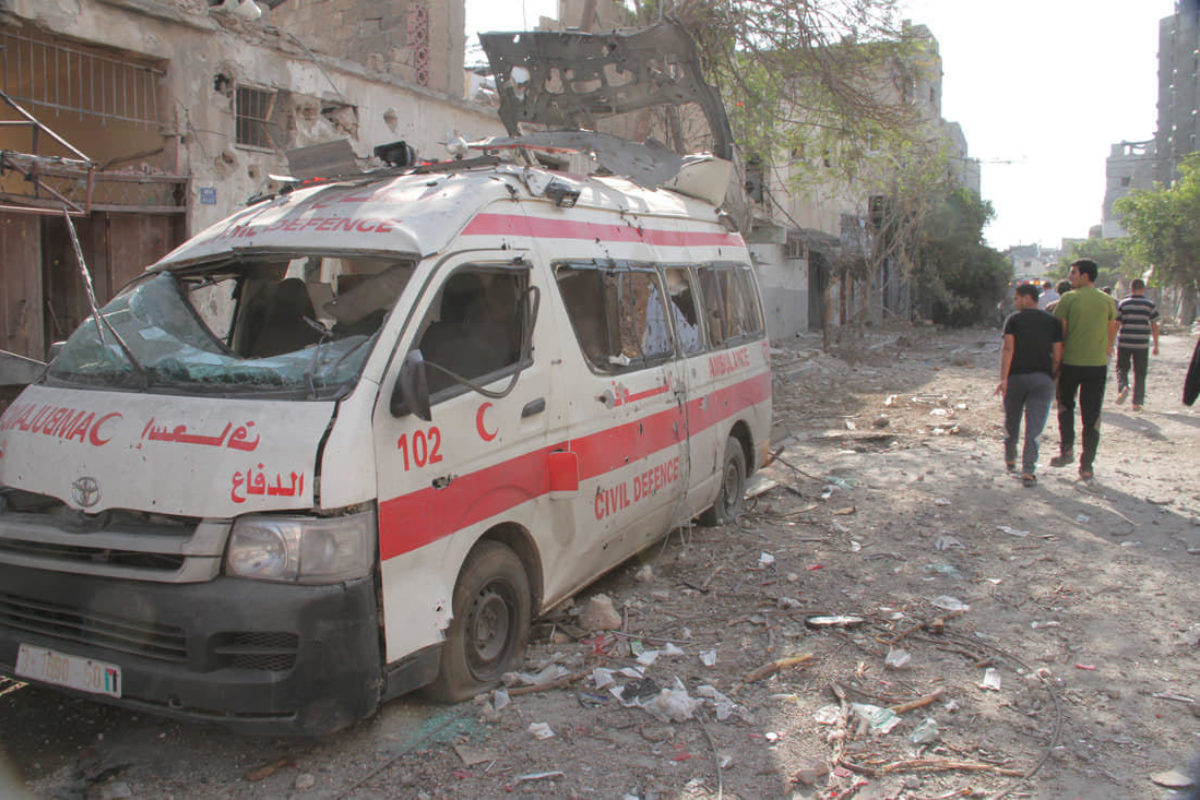 Ambulance is a raw, ﬁrst-person account of the war in July 2014. Mohamed Jabaly, a youngman from Gaza City joins an ambulance crew as the war approaches. We experience the war through Mohamed’s eyes, watching directly from the passenger's seat.

In response to the dark chaos of war, Mohamed learns to rely on his captain and crew mates from the ambulance, who in turn support Mohamed to make a ﬁlm that expresses both the trauma and hope of the invisible citizens of Gaza.

The film screening of Ambulance, directed by Mohamed Jabaly wil find place at Kulturhuset, on November the 30th, at 18:00, followed by a Q&A with the filmmaker.